Did you ever dream of standing on top of the world? We bring you to Mount Everest through a 360° Virtual Reality experience.
Getting nervous sitting there in your lazy chair and being part of a real Mount Everest expedition. We bring you there thanks to the virtual reality experience (VR). Put your goggles on, sit back, breath and breath again cause oxygen is 60% less comparing to sea level. There is nothing in this world that will be the same after you have witnessed yourself dangling over a cliff from let’s say 2000 meters. Look at your left and feel the depth, it is trying to get you off the mountain but we will take care of you, You are part of us: in the Basecamp, kitchen tent, on the dramatic wall of Everest and pushing to the summit

ADVANCES OF THE USE OF NEW TECHNOLOGY
Thanks to six cameras recording every angle at the same time, you can have a 360 degree picture of the expedition. Therefore, Virtual Reality technology allows you to be part of this great adventure in much more immersive way than traditional filming; It has the first person perspective. It makes experiences unique as you are choosing your own point of view among 360° footage. You will witness step by step all aspects of the expedition.

YOUR GUIDE
Noel Hanna, a renowned adventurer and his wife Lynn, both from from Northern Ireland living in South Africa are the first couple to have reached the summit of Mount Everest on both sides. Feel blessed to be guided with so many years of experience, on this expedition. They invite YOU to JOIN their Everest dream.
See our updates! 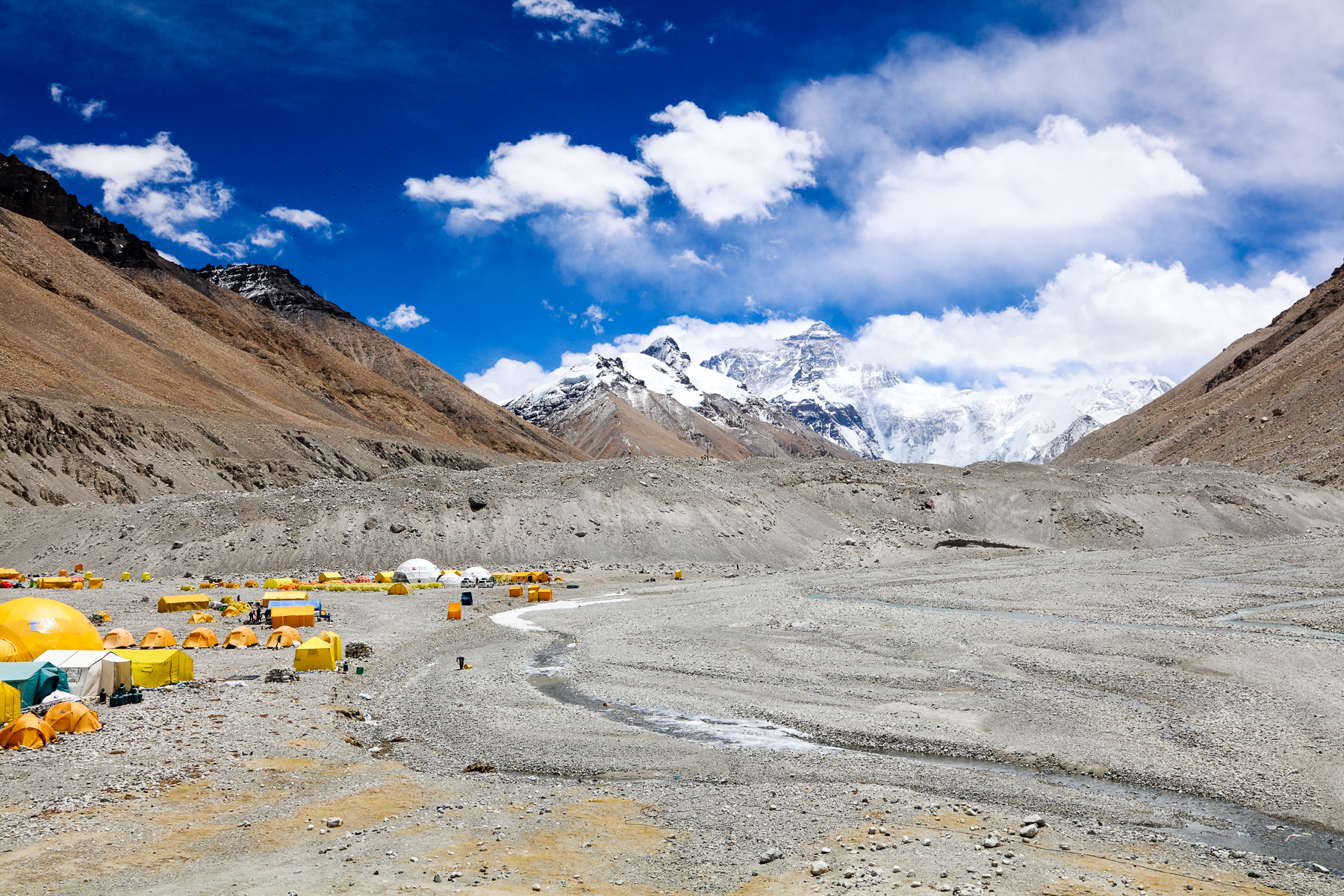 Recording on the highest mountain on earth isn’t something to be taken lightly. The harsh climate conditions at high altitude, frost and the changeable elements are a worthy challenge for our crew. Both the filming and the sound recording need special equipment and new techniques to obtain a complete Virtual Reality film, something that is being attempted for the very first time on Mount Everest.

‘It has been an intense time to get all the equipment at our office just in the week before we left to the mountain. It was shipped from all over the world. Thanks to our partners we managed to get it all there in time;’ adds VR Explorer’s CFO Milan Collin.
‘When you’re climbing mountains you know that there will be wind. When you climb Everest you know there will be storms. So how lucky we were to get our windjammers from Rycote just in time in Kathmandu to take them to the mountain’; adds Zbigniew Wolny, VR Explorers’ sound director.

‘Filming in virtual reality is a totally different ballgame than with normal cameras. Once the recording starts, we as crew need to disappear so we are not in the shot. But hiding on a mountain isn’t easy. Behind the camera doesn’t work anymore. The Virtual Reality cameras, we have record 11 streams of data. A set with 3 cameras with 250˚ lenses, and set of 2 cameras equipped with 250˚ lenses. Those sets go all the way to the summit as they are light and easy to operate’; adds Przemek Siemion, VR Epxlorer’s video director. Till 7000 meters a set with 6 camera’s record the actions.

VR explorers are creating a fully immersive virtual reality, that elicits a seamless, transformational and unforgettable experience. Through this virtual reality film, you will experience how it is to be part of a high altitude expedition, from the first preparations, the arrival at basecamp and acclimatisation on the mountain till the summit push. With the stunning view from the summit to top it all off.

Working with VR is daring to take risks. One thing is sure - it is not easy. By pushing the boundaries our team has to improvise and find solutions to all the challenge that occur – from intense reflection of sunlight on snow, handling equipment in thick gloves to prevent frostbite, to the immense challenge of altitude adaptation and shooting 360 views while in constant movement, following a guide whose job is to get everyone moving safely and systematically to the summit.
Other standard occupations are cleaning all the camera lenses due to specks and snow - and for VR we have quite a lot of lenses! Many hours are filled with making back-ups of footage on at least three different drives to make sure we don’t want lose precious material. There are also some operational challenges like charging an enormous amount of batteries for all different VR camera’s, while moving between camps.

But the rewards are worth it. With VR filming, we can recreate the exact climbing experience of being part of a real crew, and recording the sound in in 8-channels to provide total sound immersion. Can you imagine for example hearing a rock falling from behind you, while looking up the at majestic Everest?

VR filming is innovation in the making. A constant creative challenge. Mount Everest provides an extreme context for continuous testing and adapting. Finally on 20th of May the VR filming phase culminated with a successful summit push!

The resulting VR film is planned for release in early 2017. Watch this space!